Dr. Justin Trosclair D.C. has been creating a difference in people’s lives since 2007. He was in private practice for 7 years in Denver, CO.
After he sold Performance Chiropractic, he spent 5 years in Yunnan Province China working as a foreign expert chiropractor in a hospital setting. That experience gave him the opportunity to learn how to integrate his specialty with the other departments of the hospital, all while communicating to patients and staff alike with the help of a translator.
He worked for 2 years in Cologne, Germany at the Intellispine am Neumarkt clinic. A major focus is on low back pain and scoliosis.

My goal is to be a results based chiropractor that offers quick, pain relief care.
You get the relief you’ve been wanting, with customized treatment and straightforward pricing. Call us right now or email so we can determine if your condition qualifies for treatment.
• Eliminate chronic pain and get relief
• Provide patients with a wide range of treatment options
• Allow patients to regain their active lifestyle
• Improve overall health for our patients

In 2009, Dr. Justin was introduced to a new instrument adjusting technique from Neuromechanical Innovations called Impulse Adjusting Instruments. The inventors of this technique are major researchers for the chiropractic profession and developed this instrument based on what research was showing them. Dr. Justin personally uses it because it has been determined that the Impulse instrument delivers 25% more motion into the joint (motion is what all chiropractic techniques aim for) and because speed is of utmost importance, it is also twice as fast as the technique mentioned below and 100x faster than the traditional by hands adjustment. Dr. Justin spent the next several years mastering this technique and became certified in 2013. Dr. Trosclair joins an elite group of doctors to become certified in the Instrument Adjusting technique.

As an Advanced Proficiency Rated doctor from 2005-2013 in Activator Methods Chiropractic Technique, chiropractor, Dr. Trosclair is able to share his passion for health, restoring activities people want to do and human interactions through his practice. His focus on his patients and constant honing of his skills make him a very thorough, conscientious physician. Early in his career, he learned about Activator Methods Chiropractic Technique, a gentle, low-force technique that uses a hand held instrument to realign the patient’s spine and extremities and restore proper nerve function. The patient does not hear any “cracking or popping”. Use of the Activator Adjusting Instrument gives consistent low-force, chiropractic adjustments. It is a very safe and highly effective procedure for all types and ages of patients, and is one of the most researched techniques in Chiropractic. 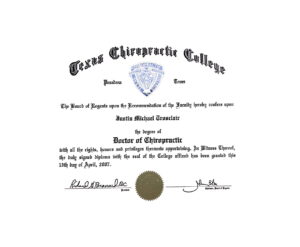 Dr. Justin Trosclair graduated from Louisiana State University with a Bachelor of Science degree in Psychology (B.S.). He received his Doctorate of Chiropractic (D.C.) from Texas Chiropractic College. Before graduation, he went through extensive onsite training at established chiropractic practices as well as excelling in all areas of National Boards.
He has worked for 5 years in China at a hospital in the Yunnan Province. He was the de-facto head of the chiropractic department and worked closely with Traditional Chinese Medicine, Advanced Imaging (MRI) and general practice. Dr. Justin was also recruited to give lectures and training in multiple other hospitals throughout China.
Dr. Justin had the privilege of working in Cologne, Germany for 2 years learning a specialized treatment for scoliosis and low back pain.

Dr. Justin is originally from Breaux Bridge, LA “the Crawfish Capital of the World.” During his time in Colorado, he enjoyed hiking the mountains, bar-b-que parties, and being social both professionally and privately. He has a real passion for reading, marketing and his topics of interest vary greatly.
Many nights you can find him learning Saber and Epee Fencing. He has trained in Denver, CO, Kunming, Yunnan, China and in Lafayette, LA. Dr. Justin was Rookie MVP of the Denver co-ed Australian Football League in 2007.
During his 1 year in Louisiana, he met his wife JingJing thanks to a co-worker in Lafayette. One thing led to another, they fell in love and she joined him as a translator during his second work experience in China. JJ loves teaching Yoga, cooking healthy, climbing 20,000 ft mountains and enjoys caring for their daughter.
They now have a baby girl who is trilingual and loves climbing all over playgrounds, doing puzzles and hearing stories. 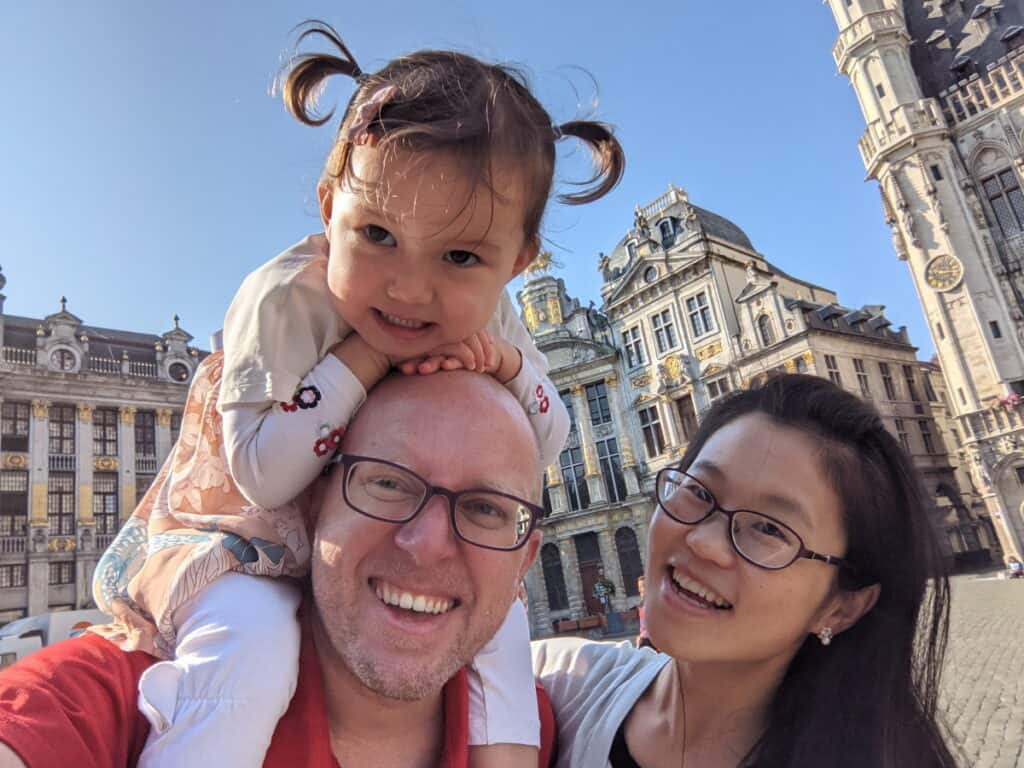 Today’s Choices Tomorrow’s Health (a 4 way health reboot and blueprint on how he changed his life),
Needle-less Acupuncture (40 DIY conditions that can be managed from home), (The electric acupuncture pen can be bought here.) and
Chinese Dinner Culture (dinner is a huge part of their culture and I guide you through to gain face) are the books he has written and can be bought on Amazon.
Kid’s Animal Coloring Books (over 200 pages of animals and insects that kids can color that have the name in 5 languages: English, Chinese, Spanish, French and German)

A Doctor's Perspective Podcast, since 2017

Dr. Justin interviews doctors, marketers, and leaders about their specialties, marketing, trials, staff concerns and home life balance. Get tips from viewpoints in and out of your own degree to grow professionally and personally. Join me as we go #behindTheCurtain weekly on A Doctor's Perspective Podcast. Now with Minisodes of less than ten minutes where I give highlights from other insightful podcasts that I consume. 180+ Interviews and over 75 minisodes.  - Listen, Think, Integrate

Chiropractic care that comes to your house, office or gym.

Dr. Justin Trosclair takes the stress out of going to the doctor because he Travels To Your House.
Get the pain relief you been wanting, return to your active lifestyle, and skip the traffic and waiting rooms.

What Our Clients Say

I’ve tried the local TCM department in town for my back pain from lifting my grandkids but it just hasn’t worked. I came visit the foreigner and he got me pain free. As a bonus he and his wife are just so lovely and we enjoyed talking with them. 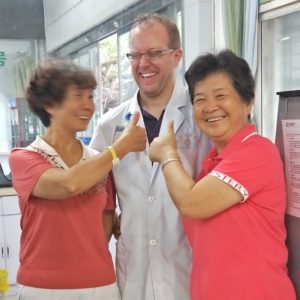 Zhang and Hu
Drove 5 hours For Relief From Back Pain
I had severe back pain for a year. Now my movements are better, pain is gone and my entire posture has improved. And yes, it's not cheap but well worth it and I recommend it to others. 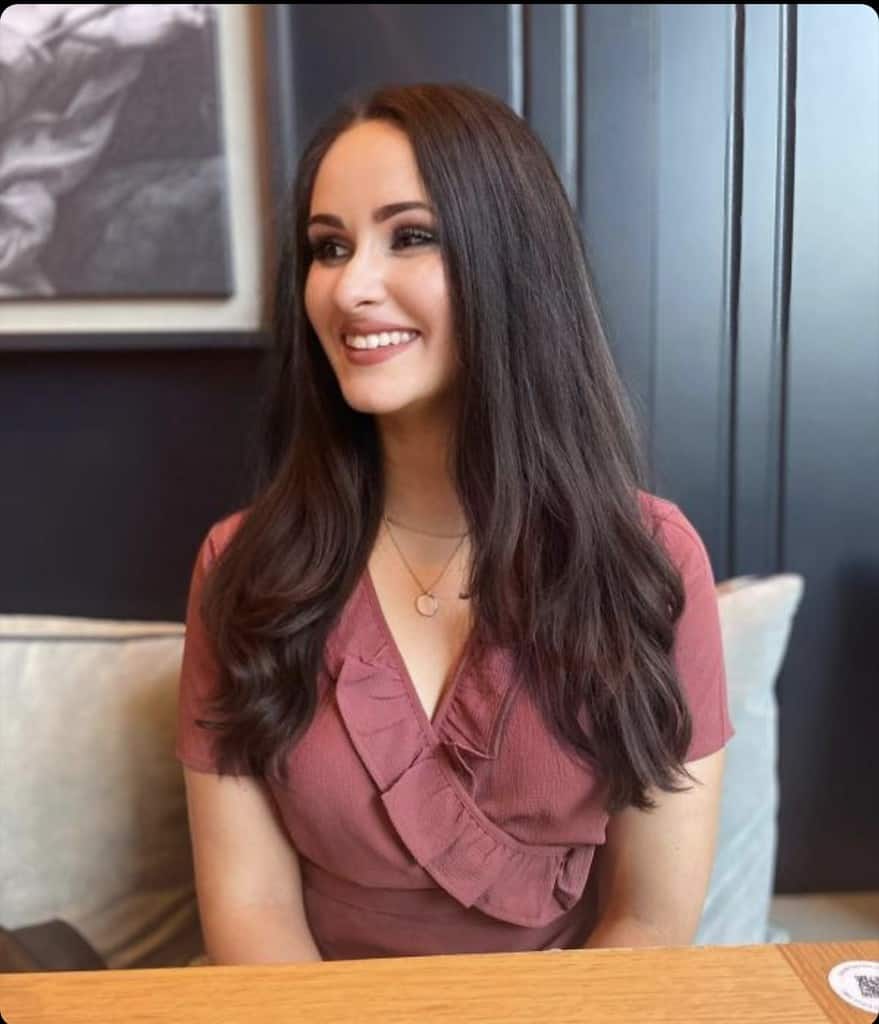 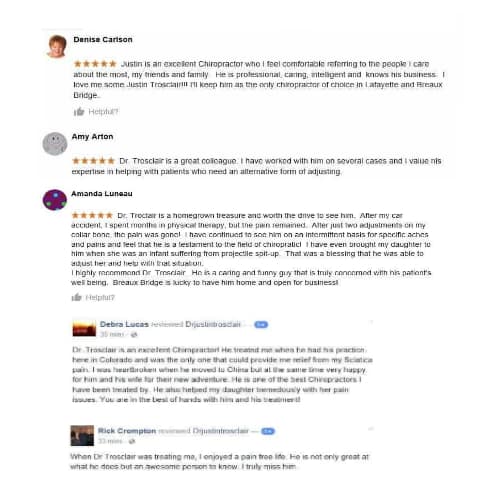 I came to Dr. Trosclair for severe dizziness and vertigo symptoms and headaches. After I followed his recommendations I got long lasting relief. I do the neck exercises and haven't had the issue for 3 years. 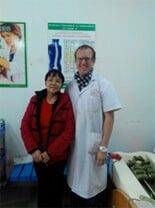 Mrs Mai
No vertigo for 3 years, I do my exercises
I work at the natural hot springs restaurant. I bend overall day and my leg pain got so bad I stopped being able to stand straight and my boss made me go to the hospital for treatment with the foreign doctor. After a week of decompression I was standing straight and returned to my job. 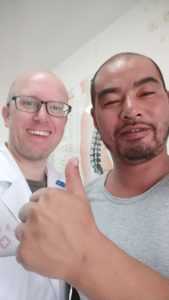 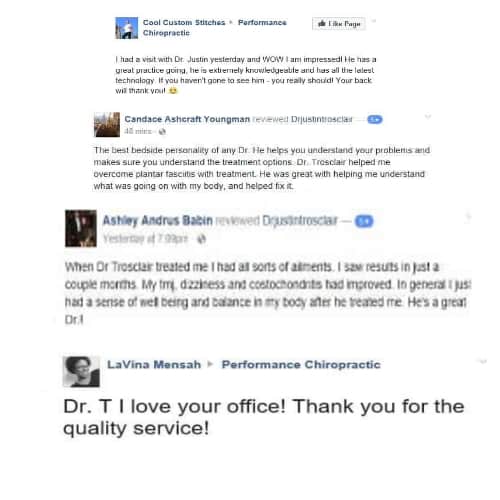 I sprained my AC (shoulder-collar bone) joint. I was set to play a tournament that weekend but the shoulder pain was intense. He put the Kinesio Tape on it. It was simply amazing and I was able to play competitive volleyball that weekend. 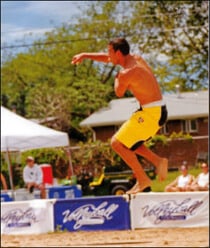 Ben A
The Kinesio Tape Is Keeping Me Playing Volleyball
When I first saw Dr. Trosclair I was having a host of problems from TMJ pain, costochondritis, neck pain, and scar adhesions from my c Section that would cause pain. He helped me to feel like my old self in just a few months. All of my pain disappeared. 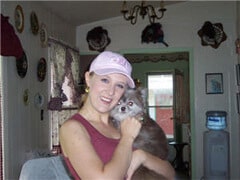 Ashely B
back to my old self again. 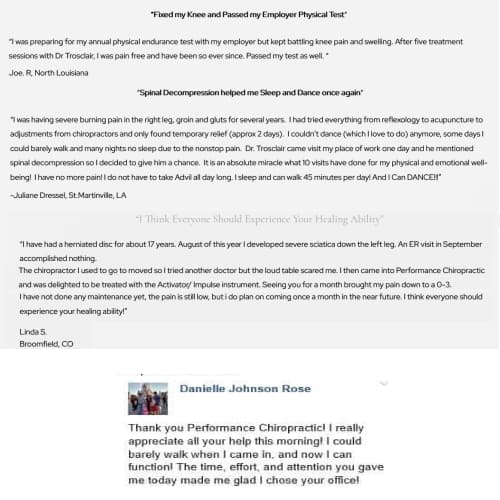 The Problem "Didn't Go Away", Let's Fix IT

He has been interviewed on many programs and lectures.

He has been a guest on over 15 podcast, youtube channels and facebook lives. He has given lectures at Shanghai Qiangzhi Hospital and the 4th annual WRDCA in Tianjin, gave a hands-on 3 day workshop in SuiYang, China, recorded over 75 solo episodes on his podcast and given numerous talks on chiropractic to local businesses.